From Russia with Love

A horde of lost Romanov gold has turned up in San Antonio's Bank of Liberty, and Lupin aims to add it to his collection. Aiding him in his larceny is Jigen, Fujiko, and Judy Scott, an expert on the Romanov family. Unfortunately for Lupin, the legendary mystic monk Rasputin is also seeking the gold and has managed to convince Goemon to do his bidding. Can Lupin outwit and outrun Rasputin, Rasputin's henchmen, Goemon, and the New York mafia to claim the gold?!

From Russian with Love had an interesting premise; Lupin is after the lost gold of the Romanov empire but must face the New York mafia and the psychotic mystic Rasputin. The execution of the premise was unfortunately very bland making this another mediocre entry. This was not due to pacing problems; the film flowed well and kept the characters moving. It simply lacked the blend of interesting villains, action, and comedy that makes for a good Lupin title.

The bulk of the special is spent simply finding and retrieving the gold; the mafia becomes involved when Lupin finally steals the gold. Rasputin spends the bulk of the special inserting his finger into Goemon's facial orifices. Even Zenigata's involvement is relegated to the periphery; he chases Lupin at the beginning of the special and has no influence on the plot in his brief appearance later. Lupin has no immediate rivals for the treasure making for a dull heist that involves a lot of shoveling.

Eventually, Rasputin simply snatches the gold away from Lupin via a large plane and takes to Siberia. One would expect a climatic battle through Rasputin's castle between Lupin, the mafia, and Rasputin. However, Rasputin eliminates the mafia shortly after they appear, and Lupin uses the same plane to take the gold back. The final showdown between Rasputin and Lupin is brief and anti-climatic. With no heat built up between the two, it was merely a device used to bring the story to its end.

The animation style also worked against this special; while it was on par with other titles from the early 1990s, it overused some elements, most notably stopping the action and turning it into a pastel image. It made the special feel it was produced on a very tight budget forcing the animators to cut corners.

This special did not do anything bad, but it certainly did not do much well either. It focused mostly on the heist but did little to make the heist interesting. The result is not the worst Lupin title produced, but it does not have the content to merit repeated viewings. 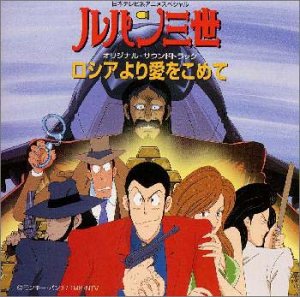